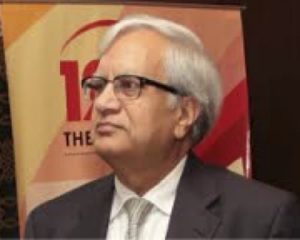 Dr. Ravi Kant is a globally renowned corporate executive having led many global conglomerates with 50 years of corporate experience in extractive, consumer durables and automobile industries. His most recent position was as the Vice Chairman at TATA.

He is an Industrial Professor at the University of Warwick, UK., and a distinguished professor at IIT Kharagpur.

Mr Ravi Kant served at Tata Motors as the CEO and managing director and later Vice Chairman of the board. He led the acquisition of Jaguar Land Rover, UK; Tata Daewoo, South Korea and established Tata Motors, Thailand and other companies which helped increase the revenue from $1.5 to $ 39 billion. He has been chairman of several companies like Tata Advanced Materials, Hispano Carrocera, Spain, Tata Motors European Technical Centre, U.K., Tata Marco Polo, Tata Thailand, Tata Daewoo and director on several others like Tata Industries, Voltas, Vedanta Ltd. and Jaguar Land Rover.

He also serves on the board of Philips India, Kone Ltd (Helsinki), Hawkins Cookers Ltd, and Accenture India.

Mr Kant attained his undergraduate at Mayo College; B.Tech (Honors) at the Indian Institute of Technology at Kharagpur; M.Sc. in Management techniques in industry from Aston University, Birmingham UK; and D.Sc. (Honors) conferred by Aston University.

Mr. Ravi Kant takes active interest in education and healthcare. He was the Chairman of IIM, Rohtak and Chairman of IIIT Allahabad. He is on advisory boards of business schools at IIT, Mumbai and Kharagpur. He was on the Board of National Institute of Design, Ahmedabad and Centre of Extractive Industry at the Earth Institute, University of Columbia. and CGIO, Business School, National University of Singapore. He was on the Advisory Board of China Europe International Business School, Shanghai (CEIBS) where he is presently a visiting leader.  He has been on the board of Enactus, a non-profit US organization facilitating college students to think and act like entrepreneurs with social orientation. He has been associated with Smile Train, a US based non-profit supporting correction of cleft palate and was on the board of New York based WonderWork active in supporting surgeries for blindness prevention, burns and club foot across the world. He is the Chairman of the Advisory Board of Akhand Jyoti Hospital, one of the largest eyecare organizations in India.